When you book with an account, you will be able to track your payment status, track the confirmation and you can also rate the tour after you finished the tour.
Sign Up
1257

Why Book With Us?

This morning we pick up you from your selected Hotel in Aswan, Then you will join your Egyptologist tour guide to discover the great city of Aswan, You will enjoy sailing on the Nile River by a motor boat till reach Agilika Island, where you will visit Temple of Philae, which was erected during the Gaeco-Roman period and was dedicated to goddess Isis (mother of god Horus). Then visit a Nubian village on Soheil Island to enjoy Nubian Village Tour in Aswan. Enjoy the scenery on the river and get a closer look at Nubian village life.

We depart Aswan in the morning ((Pick up will be 06.00 AM)) to visit Abu Simbel, We have a guided tour with one of our Egyptologists and some free time before we drive back to Aswan (approx. 3 hours’ drive each way, with around 2 hours at the temples).
The temples built by Ramses II at Abu Simbel are one of Egypt’s highlights, and have a fascinating story behind them to go with their impressive size. When Lake Nasser was flooded, the final water level was going to submerge several temples, the most important of which being Abu Simbel. The temple was therefore dismantled completely and rebuilt further up the hillside where it sits today. The temple stands today as a testament to Ramses II and the great building prowess of the ancient Egyptians, as well as to modern engineering.
Then catch early evening seating Train to Luxor upon arrival will transfers to your selected hotel .
OVERNIGHT: Luxor
MEALS: Non
EXTRAS OPTIONS: Non

Our English tour guide will pick you up from your selected hotel, Then we will cross the Nile to begin our tour of Luxor’s West Bank. Home to the Valley of the Kings, the dusty tombs in this ancient burial site are still revealing their secrets today and so it remains one of the most important archaeological sites in the world. Move on to visit the Temple of Queen Hatshepsut, which was built by Queen Hatshepsut, daughter of Thutmosis I, who ruled Egypt about 20 years during the 18th Dynasty (approximately 1490-1469 B.C), the only pharaonic woman who reigned ancient Egypt. You will pass by the colossi of Memnon which are remains of the mortuary temple of Amenhotep III.
Then you will enjoy your tour discovering the East bank of Luxor including Karnak Temples Complex, which are the largest structures ever build in the history of the mankind. The principal building is that of god Amun Ra, since it was considered the house of god on the earth, the earlier structure date back to the middle kingdom, but there are some references which refer to the earlier buildings as old as the 3rd dynasty. Later on, you will proceed to visit Temple of Luxor, which was built by one of the kings of the 12th dynasty and completed by the well know king Ramses II. This temple was located in the heart of ancient Thebes and, like Karnak, was dedicated to the main/chief god Amun Re. END OF SERVICE

OVERNIGHT: By your own
MEALS: Non
EXTRAS OPTIONS: Hot Air Balloon, A truly memorable, approx 30-min, early morning flight over the West Bank of the Nile in Luxor.

From$325
we take you to the most fascinating sites along the Nile on a Nile Cruise. Travel through time as you […]
0 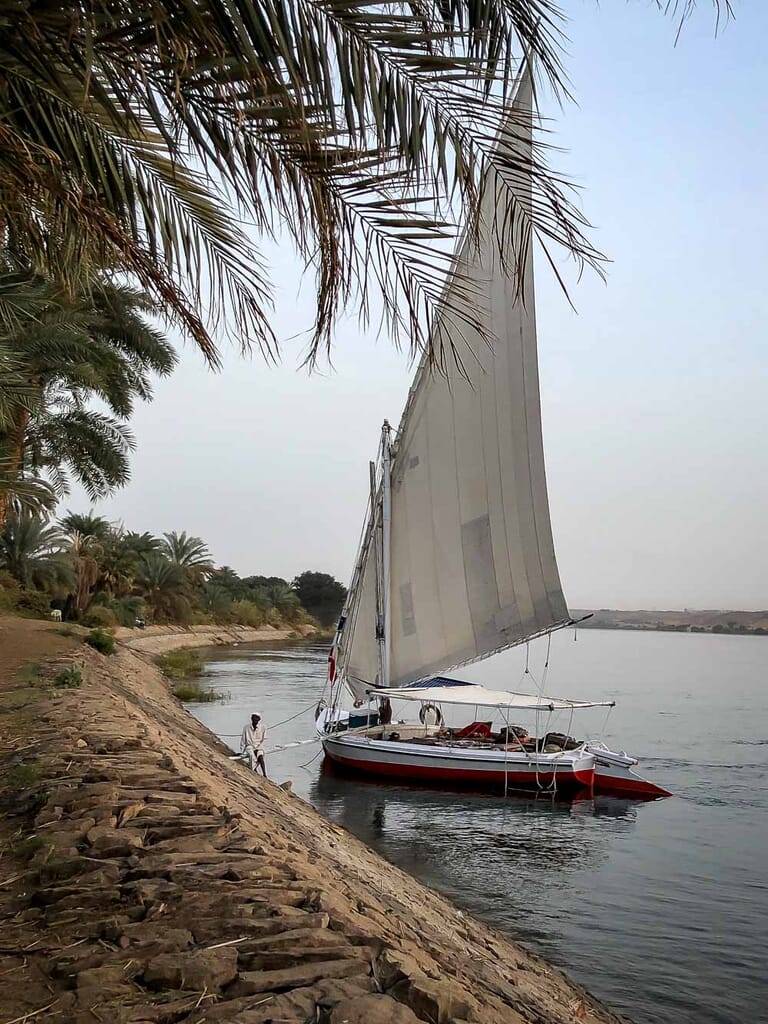